Scary At This Minute 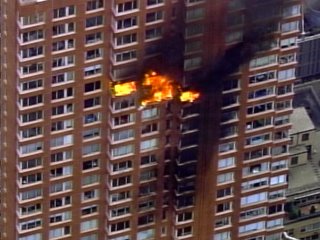 So while I was writing this last post I get a call to see if I am alright.

Michael called all the way from Palm Springs to see if I was home and "if I had heard about the plane crashing into the building?"

So I turn on the news, apparently a tour plane crashed into a building 7 blocks south of me on E72nd street. They say it would appear to just be an accident but they also say people are frightened because even though it was a small plane it is also the 11th of the month. You never know apparently.

It would seem that the plane was owned by Yankee Pitcher Corey Lidle, who also has a pilot's license. They are not sure if he was flying or on the plane. 2 fatalities from the plane reported, not sure about from within the building.

Pictures are from CBS News website. And,yes, those cops were there quite quickly. 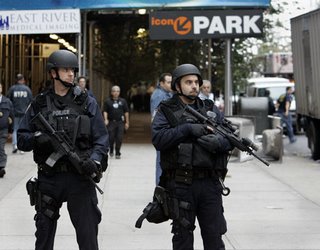 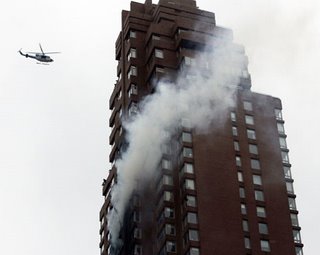 Update: Released from the Yankee Organization: A member of the NY Yankee organization was aboard the plane but no name has been released yet. Reporters are already referring to the Thurmon Munson incident, a great Yankee from the past who died in a plane crash. Also the death count has been raised to 4, but no indication where these 2 new deaths were at, in the plane or in the building.

Popular posts from this blog

Favorite Line of the day:

How I Spent the Afternoon.